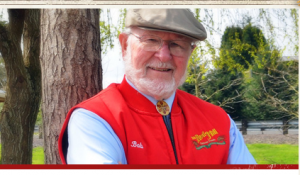 Last week, we praised brands that are provocative with purpose. As a counterbalance to the idea of polarizing your audience to build fierce loyalty, let’s explore the idea of just being nice.

These are the brands no one can dislike. Let’s find a few common denominators.

Rohit Bhargava authored the book Likeonomics. Peter Shankman’s book Nice Companies Finish First was released this year and C.C. Chapman wrote Amazing Things Will Happen. There must be something “nice” in the air and water! Yet nice isn’t new. It isn’t unique. It isn’t a trend.

And that is something we’ll find in common with some of the nicer brands – they’ve been around for awhile. So there must be something to it, right?

Bob Moore of Bob’s Red Mill grew his business from his kitchen table to a $200 million dollar business in 40 years. He built, he lost, he regained. Most importantly, he attributes his success to being a caring and compassionate entrepreneur.

I had the very nice surprise to see him speak at World Domination Summit in Portland this summer. He explained how he did it, and how your brand can become nicer too. You can also read it about it here:

I know – this is nothing new but bear with me. Bob had a list. You could call it a bucket list or a vision board or whatever you want. On it he had things he wanted like a new recliner, a new awning for his patio, and a whole grain mill for his business.

When you write it down, he said, it starts to happen. It’s “like magic.”

You have your list; don’t compromise. In other words, if you are looking for a manufacturing facility, don’t compromise if it doesn’t fit your needs. It will compromise your ability to reach your goals. Stick with things and it will happen “ like magic.”

With success comes responsibility that should be taken seriously.

As Red Mill grew, Bob thought about his people and how he could retain them. He wanted to build a legacy; something more permanent and sustainable.

The world is full of businesses getting built and sold off piece by piece. People are walking the streets looking for work but we don’t have to do this if we just think of each other.

Bon set out to build something his people wouldn’t leave.

Of course every business is in business to make a profit and there is no shame in that. What happens if you focus on something other than profits and let that part take care of itself?

Bob wanted to be happy in business. Some of his employees have committed their lives to Red Mill much like he has. He created a profit sharing plan and eventually an employee stock ownership plan (ESOP) that has been so successful, Some of his employees make more through that than their salary. And his turnover is miniscule.

Peter Shankman founded Help A Reporter Out not so he could make money; but so he could help people. He wanted to connect reporters seeking story sources, with those people who had the sources. We know the ending to that story, which became the inspiration for Nice Companies Finish First.

Is there a cost to being a nice brand?

Nordstrom built its empire with a generous return policy.

But if you’re nice, won’t people take advantage of you?

Do some people take advantage? Most certainly yes. Is there a cost to them being nice? I don’t know; you tell me. They started as a small shoe store in 1887 and grew to what they are today with $10.5 billion in net sales.

When you reach a level of success, and build a family of employees like Bob Moore did, or a community like Peter Shankman did, and a culture of customer service like Nordstrom does, you can give back to the community. It allows for the type of resiliency when you’re hit with a setback, and most of all it allows you to enjoy success.

C.C. Chapman writes, “As you achieve success, never forget to be kind to others. Help those who need it and share everything you’ve learned with all who ask. Follow these principles in your life, and amazing things will happen.”

Even in my own business, like any business owner, I go through periods where I worry because maybe revenue has flattened or even gone down. As soon as I stop worrying about that and start worrying about how to help others, the tide changes.

This is a modified version of a post I originally wrote for Vocus.