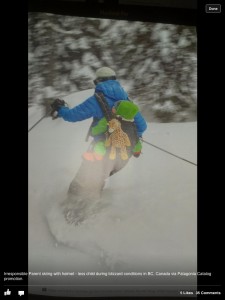 Receiving negative comments or harsh criticisms doesn’t necessarily mean you, as the brand, are in the wrong. But dealing with the naysayers without backing down from what you stand for can be a trick.

A former employer of mine used to survey the crap out of customers.

Everywhere you went, surveys were thrust in their hands, suggestion boxes were posted at every corner; we even had surveyors walking around with handheld computers asking customers if they had time.

All responses were circulated amongst directors and negative feedback had to be addressed.  This may sound good in theory but here is the problem:

We spent too much time reacting to negative feedback; pulling campaigns, creating more rules, and simply putting out fires to make people happy.

You’re going to get negative feedback. You always have, it’s just social media has made if far more public. One of the biggest objections I get from CEOs about establishing an online presence is they don’t want to open themselves up to backlash.

I know. Negative comments suck. We try not to take it personally but even if we’re an employee of the brand and not the actual brand, it still feels like a direct hit.

If people have something negative to say about you, they’re going to say it, and they are going to post it. Wouldn’t you rather have it be on your home turf so you can respond appropriately and fix the problem?

Brands require a thicker skin now, and with it, more self-confidence to stay the course and be true to their own values.

How can you respond to negative comments without backing down?

Martin X is upset with Patagonia. He scanned the photo above from the Patagonia catalog and posted to their Facebook wall with the following comment:

You can see the full thread here.

Hi Martin,As parents of the next generation of Patagoniacs, we fully agree that it’s paramount that we protect our kids as much as we can as they explore their world. We also value the case-by-case judgement (sic) that a life in the outdoors requires and develops. Self knowledge, risk assessment, decision making and personal responsibility are qualities that define the activities we love. In this case, little Casey’s father assures us that as a veteran peak bagger, ocean swimmer and world traveler, Casey (and the giraffe) loved the powder run with Mom and returned to the cozy lodge all smiles and in perfect condition. We appreciate your comments and concern, and thanks as always for being part of the Patagonia community.

Two days is a little slow to respond to something like this, but they were the first to respond before others’ chimed in with their opinions.

Let’s dissect the response before we talk about the rest of public opinion:

Out of the 57 comments, everyone came to the defense of Patagonia. The mother in the photo commented about the love for her child and the safety of the situation. The father (and photographer) attested to the same, and many other customers agreed.

After Patagonia made the simple statement, they let the community continue the conversation without getting involved.

Martin, not satisfied with the response, continued to post his discontent on their wall over the next few days. Patagonia had said their piece, however,  and stayed out of it while a minority agreed with Martin, most came to Patagonia’s defense.

And then it went away.

Who doesn’t like a brand with a bit of self-confidence? Sometimes you’ll be in the wrong, and that’s a different blog post, but sometimes you’ll be criticized and you need to be OK with disagreeing. Don’t let the trolls and  the naysayers control you.

Some brands might have pulled the catalog, rescinded the photo, and backed down with bowing, with their tail between their legs.

You don’t have to do that. Address the situation head on. Empathize, listen and thank. If you’re doing everything else right like building a community based on values you all strongly believe in, your community will come to your defense.

Don’t fear the bad guys. Karma will do it’s work. You can’t be everything to everyone and if they don’t like you? Let them stroll on by to the next X. Y, or Z company. They just aren’t the customer for you.