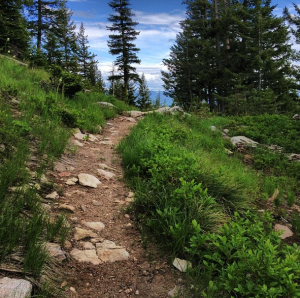 SxSW Interactive credits much of its explosive growth to Twitter. Twitter went live a few months prior to the event which proved to be a huge launchpad for the social network. This is one of many things I learned from Hugh Forrest, SxSW’s Interactive director in his keynote this weekend at Counselors Academy Spring Conference.

So now, startups think the way to “make it big” is to launch at SxSW, as if there is a golden ticket: Get me on TechCrunch; get me on Oprah; get me into SxSW. If you’re in PR, you’ve heard that request more than a few times. We all want to follow the path of those who have succeeded before us.

I’ll Have What She’s Having

Ordering what Sally ordered at the restaurant doesn’t necessarily result in the same outcome.

Over and over again at Counselors Academy this week in Austin, I heard one theme in particular.

“This is what worked for me. It might not be the right way for you.”

We spend a lot of time studying what others have successfully done before us, and understandably, we want to follow in the same path.

Of course, we want to learn from the mistakes and successes of others. But, instead of being inspired, if we put too much weight on the actual tactics, a few funny things happen:

Five years ago, I showed up at Counselors Academy for the first time thinking I didn’t belong, and that people would all be wondering what the hell an independent consultant based in Sandpoint, Idaho was doing there in a group of agency CEOs and owners from major markets.

I was completely and utterly mistaken.

Sometimes you have an epiphany and it seems so Captain Obvious, it was right in front of your nose, you’re even afraid to share it as a blog post it’s so obvious but I’ll do it anyway: What separates the successful innovators from the mediocre? Those who kick butt don’t worry about how it’s supposed to be done; they do it the way they want to do it.

I get asked by clients – Am I allowed to say this? Do this? <Insert role model name here> doesn’t do it like that.

To which I respond, “we get to set the rules.” No one said you have to do it one way or another. Let’s decide what we want to do.

If we focus too much attention on <insert role model here> we start to feel like maybe we are less successful, behind, too late, or not as cool. Whatever the case may be, it’s not a productive thought.

Here’s a productive thought: I can be that; I can do that; our business can achieve that but here is how I would do it.

Now that kind of a mindset is a stepping stone you can work from!

I’d love to hear what you think.