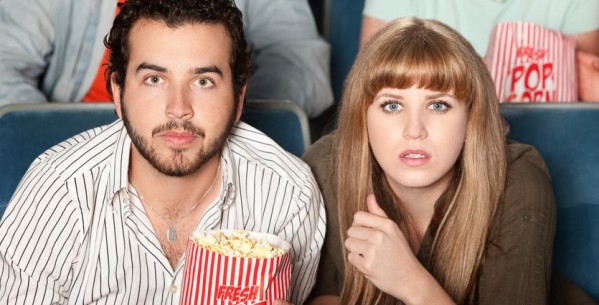 When a catastrophe takes the lives of many hundreds or thousands of people, there is a reason the news outlets dig into the personal stories of those affected (other than their need to sensationalize):

This morning, a pedestrian bridge crashed on a highway, and “one trucker dies.” That’s the end of the piece and they move on to the next story and most of us wouldn’t give it a second thought. But what if we knew more about that truck driver? What if they told us how old he was, and how many kids he had? If we knew his wife was handicapped and relied on that income for her upcoming surgery, this “one trucker” would be on our mind all day and many of us would be inspired to take action or donate money.

There is always more to the story and the specifics are what drives action. Finding the right balance is the trick. I’m going to share with you four practices or tips I’ve assembled over the past month derived from client work; specifically, helping them articulate their message.

We have the benefit of a huge arsenal of words at our disposal yet we each likely use a tiny percentage of what’s available to us opting to rely on our core set of regular words, our own personal lexicons, if you will. This common use of words serves to numb your audience to its meaning. The terms we hear daily like weapons of mass destruction and remember the fiscal cliff? get so over-used, we don’t even think about what they actually refer to or mean. Likewise, when we rely on terms like “leading provider” and “world-class” or “award-winning” or just fall back on cliches out of sheer laziness, we lose an opportunity to tell a better story.

Fix: I find myself reading others’ writing and mentally noting words I never use but should use more frequently. Just the other day, I read how something is “symptomatic” of another thing. I thought, “Hey, there’s a word I never use.” I could have used the word in my previous post in place of: “It’s indicative of a bigger, more prevailing philosophy.” One word to replace seven. See? Words are fun!

Paint a picture to draw them in: awesome verbs help

More than words, paint a picture for your audience so they have the benefit of feeling you’re story. Listen to how NPR does it. Without the aid of visuals, Adam Frank described to his audience what it was like to stand in the “greenest building in America” in Seattle:

The roof splays away from the buildings walls like the canopy of a tree maximizing the surface area for solar collection (while the building draws power from the grid in the winter it generates enough electricity in the summer to make up the difference). Extending from the third floor there is a wetlands “garden” (complete with horsetails) that purifies the building’s water before returning it back to the ground. *Source

Notice how he uses great verbs like maximizing, extending, and purifies. Rather than the “roof hangs out” or “creates pure water.”

Fix: If you find yourself using common words, or speaking at too generic a level, take a step back from it and speak out loud. Do the five-year old boy exercise and ask yourself why? (is this building amazing, or world-class, or award-winning?), and explain it. Out loud. Then ask yourself “but why?” again. and again. Use that. Also, beautiful verbs help you minimize words. Try it.

Often, because we are so immersed in whatever story it is we’re telling, we leave important details out assuming the audience inherently understands. In these cases, it’s important to help your reader make that connection.

In working with my client, Christian Frueh, on this post on ethics in leadership,  I read the draft about Harvin, a guy who took the wrong turn in the ethical fork in the road. Christian described:

I recently had the opportunity to talk with Harvin about doing the right thing. Although I’ve only met him once, he’s the kind of man who I could imagine chatting with under a porch on a hot Texas day with a glass of iced tea in one hand and a notebook in the other.

We edited to this:

I recently had the opportunity to talk with Harvin about doing the right thing. He’s not the type of man you would ever expect to take that wrong turn. In fact, I could imagine chatting with him under a porch on a hot Texas day with a glass of iced tea in one hand and a notebook in the other.

Fix: Read each sentence carefully in the draft and ask yourself how it serves what came prior to it. Is there a reason for it and is that reason clear?

Be ruthless with your delete button

It’s never easy. Here I am giving you a framework to get more specific and now I am going to warn you there is a fine line between boring the audience to death and pulling them in with specifics.

Good writers know the difference. The specifics should be relevant to the outcome of the story you’re trying to tell.

Think about that person who puts you to sleep (tranquilizes?)  you when they tell you a story; The one to whom you’re rolling your hand on your wrist, gesturing to them to get on with the story. They’re too hung up on what day of the week it was, or how many people were standing there. Those are details that don’t matter. We don’t need to know how many people were standing there, unless, that is, we’re buying party favors for them.

Then there is the travel writer who shares every detail of their vacation in chronological order. This is a level of specificity most of us don’t want. We don’t care you brushed your teeth this morning, unless of course the point of the story is about maintaining good dental hygiene while traveling.

Fix: Ask yourself if each word (and I mean word) is relevant and adds value to your message. If we don’t need to know “while I was attending a conference” leave that out. You can just say, “In a conversation last week.” If we don’t need to know you “drove to the place,” leave it out. Be ruthless with your delete button. We don’t need the words “I think” in your blog post. It’s your blog post – we know it’s what you think. The same goes for “really,” “very,” and “just.”  What would happen if you deleted? More than likely, nothing.

Remember, your audience is jaded. They’ve seen it all. There is nothing new out there. Give them something new by getting specific and descriptive. Balance that with an economy of words – Cut the fat, and get right to the meat of your story. It makes your work easier and more enjoyable to consume, while helping you to deliver a more powerful message that gets you your desired outcome.