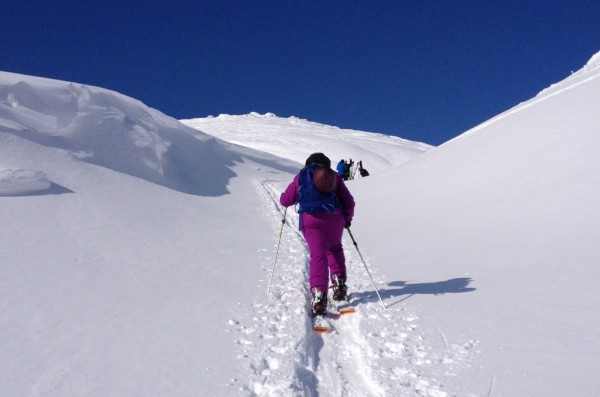 Making things harder than they need to be.

Just for fun, let’s say I’m starring in my own Jim Carrey movie and, in that movie, I must click on every happiness article that comes into my newsfeed and incorporate that advice into my daily routine. Top Six Habits of the Highly Successful, or Eight Morning Rituals That Will Change Your Life Forever.

The day might roll out like this. The voices of NPR wake me up and immediately my brain begins racing because I have to get my 30 ounces of water (clear skin, healthy body!), I have to declare my three things I’m thankful for (life of abundance), do my morning stretches (so the tendons in my knees don’t give out on me as I age). I must resist the urge to check devices too early (disturbs peace of mind). I take the dog for a meditative walk. I start my day with three ounces of protein.

And as I walk out on the deck to have my morning coffee, I do a quick Google search to make sure it’s still OK to drink caffeine today. (Must break “no devices before 8 am” rule to do so) I need to make sure it won’t give me cancer, or make me a psychopath because People Who Order Coffee Black Are More Likely To Be Psychopaths. If it’s on the Internet, it must be true.

On the way out to the deck, I spot a pile of items waiting for me on that big project that’s due next week. and all my manufactured peace crumbles away. I have that thing I have to finish. Oy.

All shattered because I dared to leave work out on the table. Habit #7 of the ultra-productive: Keep boundaries between work and meditative time. Don’t let that shit show when you’re trying to stay sane!

I sit down on my yoga mat with my mug of coffee that says “there’s no place like ommmmm” and I try to eradicate the peace-hating thoughts from my brain.

But I can’t seriously meditate because I’m in the green zone on said project.

If you’ve stuck with me this far, you likely relate. And so I ask: Have you ever NOT made it to the blue zone? We always make it to the blue zone. Somehow, it all works out in the end it’s just that along the way, we do a damn good job of making it harder than it has to be.

“Achieving insight across a wide variety of problems – not just word problems but interpersonal conflicts, music composition (creative problems), for example, typically follows a pattern. We focus all our attention on the aspects of the problem as it is presented, or as we understand it, combing through the different possible solutions and scenarios with our left prefrontal cortex and anterior cingulate. But this is merely a preparatory phase, lining up what we know about a problem. If the problem is sufficiently complex or tricky, what we already know won’t be enough. In a second phase, we need to relax, let go of the problem and let networks in the right hemisphere take over. Neurons in the right hemisphere are more broadly tuned, with longer branches and more dendritic spines – they are able to collect information from a larger area of cortical space than left hemisphere neurons, and although they are less precise, they are better connected. When the brain is searching for an insight, these are the cells most likely to produce it. The second or so preceding insight is accompanied by a burst of gamma waves, which bind together disparate neural networks, effectively binding thoughts that were seemingly unrelated into a coherent new whole. For all this to work, the relaxation phase is crucial.“

By the way, the irony that I’m sharing from more articles on how to get more done, and live life better is not lost on me. As I’ve become an amalgamation of all the quotes and memes floating around lacking an original idea, maybe there is some truth in there somewhere – maybe we have to go through the chaos, pick two of the six habits, and three of the 10 rituals, wring hands in front of the blank slate of said project, check into Facebook 1852 times. Ditch the two habits and find another.

When you get up and go out in the woods, or go to your farmer’s market, or drive to pick the kids up from soccer, it will happen – that burst of gamma waves will connect the dots and you’ll pull it all together. And you’ll think, “that wasn’t so bad.”

An article written by Oprah caught my attention the other day. I’m not particularly a follower or fan of hers, but the title struck me and I want to leave you with this one paragraph, but you should go read it entirely:

I did an interview in the late ’80s with a mother who had watched her son die.  She crawled into bed with him as he was dying. And his last words were, “Oh, it was all so simple.” And then he smiled. When she said that, I got chills. We’re going to take our last breath and say, “Why were we struggling all that time?  Why were we swimming upstream? … I thought back to that quote. Ah, it was so simple. I didn’t have to fight that hard. It didn’t have to be that hard. That show, along with many others, had a powerful and calming impact on me in terms of the way I led my own life.  – Oprah: The Simple, Life-Changing Question That Hardly Anyone Can Answer