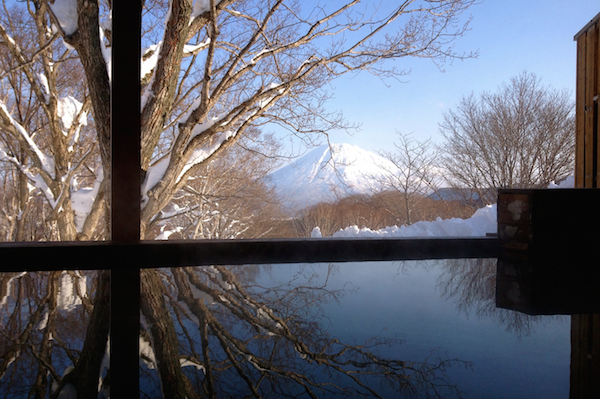 We sipped cocktails and snacked on duck fat frites in Seattle wondering who was sitting in our seats on a plane over the Pacific. Delta was unable to deliver us on time to make our connection to Tokyo so we had an unexpected layover in Seattle. Disappointing, but we clearly made the most of it.

Which brings me to our trip to Japan. We’re en route now for our second trip to ski on Hokkaido, the northernmost island, that is miraculously and consistently hammered with snowfall that Siberia sends over the Sea of Japan and dumps onto the bamboo and birch covered mountains. With hot springs, ramen, and soba and sushi, sake, and Japanese whiskey, it’s our version of Disney World.

I don’t usually write about travel on this blog but wanted to today and perhaps more in the future. Here’s why: as a business owner, I feel insanely guilty for being away. But travel is good for the soul because it expands your perspective and opens your mind. So, there. Just justified it as good for business.

I love the excitement, the mystery, perhaps some of the anxiety or fear of going to a totally foreign place for the first time, there is something to be said for returning and doing a 2.0 version of a trip already done. Foreign travel also requires some resiliency, some go with the flow when plans don’t go as planned, i.e. a missed connection, breakfast that’s not made the way you’re used to or menus set in front of you of which you don’t understand a word.

Getting off the Beaten Path

It’s intimidating getting away from the mainstream. What will happen? Can we drink the water? People won’t understand us? It’s far easier and within the comfort zone to book a vacation at Marriott or hotel brand we recognize and eat at the restaurants on the main streets where they mostly cater to tourists. Perfect for most vacations and nothing wrong with it.

For those who want to truly experience the culture of a new place, getting away from the tourist-designed experience and seeing a place in true action changes perspective because now you’re a minority.

Consider the stereotypes we create around people of other origins. For example, we joke about the Japanese who visit and take photos of every single damned thing and seem sort of clueless because they can’t speak the language and don’t understand how things work. Well, my friends, spend some time in their country and you will soon be disabused of this notion when they are kindly helping you find your way.

How do you do you get off the beaten path? We love to book an apartment or home on airbnb or VRBO so we’re staying in residential neighborhoods. When in places that speak a foreign language, it’s an accomplishment just to get your cup of coffee, or nod in the positive to the server who is recommending items and you have no idea what he’s saying. Sure. I’ll try it. Here’s a side benefit: It’s usually way less expensive. No resort pricing off the beaten path.

Is it intimidating? Sure, maybe a little. Like the one time we walked into a tiny bar in Tokyo and there were no seats available. everyone stared at us until we turned around and walked out, not feeling welcome. It was awkward but what the hell, we’ll never see those people again, and no real harm done.

But that’s an anomaly. Show some deference and respect, and most locals appreciate your being there and want to make it memorable, like that same trip in Tokyo when we walked into a small Soba noodle shop and everyone at the bar moved over to give us two stools together and although no one in the place spoke a lick of English, they demonstrated to us how to take the noodles, dip it in the sauce over here, and slurp it up. One gentleman ordered us a plate of noodles and sent them to us as his gift.

Some open-ness to new experiences, flexibility and curiosity, and you’re on your way to meeting amazing people even if you don’t know what the hell they are saying to you and the stories  – stories you can tell for a lifetime.

I’m not arguing we should always explore new places. How about the place where you got engaged, or had your honeymoon, the place where you had the most unexpectedly awesome time with friends and already found the little hole in the wall restaurant with the elderly Mexican woman making carnitas on the corner while her son ran around table to table making sure everyone had enough coconut water. Or that secret beach that had the awesome little French restaurant tucked under the shades of the palms. Nothing wrong returning to the regular haunts either.

Wanderlust is a wonderful thing.

Here are my favorite regular spots: Paris, Revelstoke and Nelson, BC, Portland, OR.