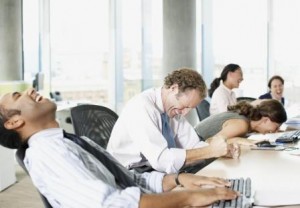 I’ve been relatively quiet on the blog this past week paying my respects to the insanity happening in our world. There seems to be no better topic for breaking the silence than the elixir that is laughter.

Stop now and think back to the last time you had a really good laugh. What comes to mind? Doesn’t it make you smile? Or even laugh again?

When I was a kid, we were playing Trivial Pursuit while on vacation in Cape Cod with my sister, and two Aunts; Terri and Heidi, and a family friend. The question was “What was Howdy Doody’s sister’s name?” and our friend said, “Heidi Doody!” and because Heidi was at the table, we all laughed. They turned the card over, and he was right!

The five of us were laughing so hard, mouths were wide open, no sound coming out, and tears streaming down our faces. I know; you had to be there. But we were in hysterics. It’s since become an inside joke and 30 years later still brings back good memories of good times and laughs.

Did you know laughter elicits the same chemical reaction in our bodies that falling in love does? Endorphins. We get endorphins not only from laughter but also from rigorous exercise, sex and drugs. I just learned that nugget this week.

Imagine if you were able to harness the power of laughter into your life on a regular basis – to do things like build richer relationships, win business deals, and speak in front of large groups?

Steve Cody, co-founder of Peppercom is a big believer in this idea. His communications firm has a training program called the Comedy Experience.  They actually train their staff on the principles of stand-up comedy and it’s applications to the workplace. Peppercom is rated the #1 best place to work in New York City in 2012. It is certain the two are related.

We take (Comedy Experience) very seriously, but we don’t take ourselves seriously.

This is a mantra I can live by.

Yesterday, I stood in front of a packed room to deliver a presentation on bridging the gap between skills and demand in the public relations profession. I was nervous. To top it off, my remote wasn’t working at the last minute. I’d have to stand by my computer rather than walk around the room. When the moderator finished the introduction, everyone applauded and I said something – just being myself – and everyone laughed.

Instantly, I relaxed. And I think everyone else did too. I thought, “OK, these guys are receptive; they’re rooting for me. I got this.” I’m guessing they were thinking – “OK good, she has a personality. She’s not going to bore us off our rocker.” And off we went for the next hour having a few laughs together and getting in some good discussion.

This doesn’t mean you walk into the room like Bob Hope and get ready for gut-wrenching laughs. It means by understanding the basic concepts of comedy, we can tastefully and with class, my friends, add a bit of levity to the stuff we do on a daily basis. There is no reason not to have fun along the way, when it’s appropriate.

According to Clayton, there are two main types of comedy:

As a side note, he also mentioned “Don’t Go There”comedy. You know, talking and laughing about the unspeakable like religion, race, politics and body functions and parts. There’s no place for “Don’t Go There” comedy in business so we didn’t go there.

Next, there is the set-up, punchline, roll structure, and callback.

As its name indicates, the set-up is the building up to the punchline. Keep it to the point and build some anticipation. You can do things like act out people bringing your characters to life.

The punchline is key. Clayton says to keep it short and show a complete shift in attitude or complete surprise. It’s often the unexpected that makes us laugh. Also, if you have to explain, it loses it’s luster. (That’s my addition.)

Roll structure is when you follow up one punchline after the other. This one seems more challenging to me and perhaps a bit more contrived in the business world. But if you can make it work, awesome. Clayton cited David Letterman’s Top 10 list as a good example of this. It starts with one setup and follows with 10 punchlines.

I’m in love with this concept. Anyone who knows me or has been a regular reader knows I don’t like to take things too seriously. What worries me is the guy who takes this too literally.

You know what guy I’m thinking of – the guy on the group tour we somehow got saddled into who won’t shut up and just has to be the comedian. Constantly with the yuk yuks. There’s a big difference between being funny because you’re coming from a place of truth, vulnerability and what Clayton calls “emotional fullness;” and being funny because you’re just trying to be funny.

Being funny for funny’s sake pretty much never works. Also, thinking you’re funny and waiting for the reaction is decidedly un-funny.

Clearly there is a fine line when incorporating comedy into the workplace, and it’s a bit of risk to do this, but just be yourself and be humble. It’s OK to be nervous.

Clayton says to accept that fear. He gets nervous every time he gets on stage. Don’t fight it.

When is the last time you had a great laugh?