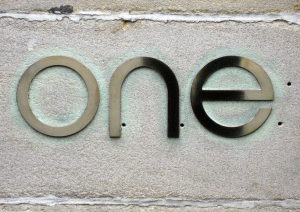 But Julia Mancuso won my heart tonight when she said this after a surprise bronze medal;her fourth Olympic medal, the most an American female skier has ever won.

Now, please allow me to back track a bit.

My friend recently lost her job which is ironic because she had been unhappy for YEARS. She felt like she owed her employer and didn’t think it would be nice to leave. So now she’s left feeling dumped when she should have done it first.

I asked her why she felt she couldn’t leave. For what? Because her boss gave her flexible perks because of her baby? Why did they do that? Because she was doing her job well and they didn’t want to have to go the trouble of replacing her so they did things to keep her?

And then what happens – as soon they start losing business, is her loyalty reciprocated? No. Gone. Like that.

I saw a similar thing happen to my husband last month. He showed trust in a client and I won’t bore you with the details other than to say, in a nutshell, that trust was betrayed. As soon as things come to a head, you find you aren’t as valued after all.

I’ve been there, too. I’ve had a sociopathic boss, clients who take advantage of me, girlfriends who suck the energy out of me, and boyfriends who have treated me like crap.

I think that’s why Julia nearly made me cry when she said that part about believing in yourself. It’s something I’ve finally learned – that I better look after myself because certainly no one else is making it a priority. And not that they should!

I don’t mean to sound crass or cynical but many relationships have a shelf life. I’ve found myself in jobs knowing I need to make a change but getting last drops of something out of it. Last drops of knowledge or experience, or perhaps working on the side to launch the next chapter.

I’ve had that feeling where I wish so and so was a better friend, or a better leader, or a better partner. And sometimes you can try and fix it but sometimes you have to move on to find what you need elsewhere. When I was a kid in summer camp, there were two girls in my cabin and I envied their friendship. I wanted to be a part of it. I pictured a trio of girls; best buddies, and I was the third. So I sat them down one day on the bottom bunk and I asked for it. I’ll make this a short story. I didn’t get it.

That summer camp memory stays with me and I’ve learned well from it. You can’t always make relationships be the way you expect them to be. Reliance on others for my own happiness or success is a fragile place. It puts me at risk with things that are outside of my control.

There is nothing more liberating than putting your own happiness within your own control. I write this hoping fewer of us will stay in jobs that make us miserable and in professional or personal relationships that hold us back.

Like Julia said, when you really really believe in yourself, good things will happen. And that’s cool.