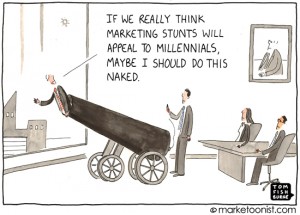 I like the idea of growth hacking as a logical strategy to get product to market. It assumes an intelligence level in your audience that is too often overlooked with gimmicky and spammy paid ads, or other tactics I’ll talk about in a few paragraphs that seek attention, but don’t really help the buyer to connect to a solution to their problem or a fulfillment of their need.

This idea occurred to me as I helped my husband and his partner with their start-up winery to get word of mouth, wider distribution, and direct sales. The operation is entirely bootstrapped with virtually no budget for marketing. But when two guys in North Idaho launch a winery, it’s not going to be easy to get traction outside of sphere of influence – which was working well in the first few months but isn’t sustainable.

I thought about creating a story the regional media would be interested in but we needed a “why now?” hook. Why now, and why should anyone care?

We needed credibility. So we submitted for high level awards and risked a rating review with Beverage Tasting Institute in Chicago. Results came in and we were very pleasantly overjoyed: A Silver award in the San Francisco Chronicle Wine Competition and a Gold rating from BTI (Exceptional, 90).

Now we have a “why now” and I was able to go out to regional papers, food and beverage publications and wine bloggers with the news – we have a new winery, a great story about two guys self-taught, small batch, handcrafted wines, and oh! in our first year, we received this prestigious award. That will get us the attention we need.

In this case, the “why now” element was organic and flowed into the growth strategy. The story worked and it ran (so far) in the major Spokane paper which prompted calls to the local wine shop which prompted the owner to call us and he is now carrying our wine. Now we have more to talk about in the Spokane market because our wine is accessible there. Boom. And it keeps going. Growth hacking.

The trouble I see is when brands work too hard to create that “why now” element. Let’s run to the very opposite end of the marketing spectrum and look at Quicken’s Billion Dollar contest to get the NCAA brackets right. A billion dollars? My first reaction metamorphosed me to the fly on the wall at the planning table for this campaign:

“We need something that will give us media and virality. Something big and outrageous. Why don’t we give a way a million dollars? (à la Austin Powers.) and someone says a million dollars?!?!?! Why not make it a BILLION dollars and really shake it up?”

My second reaction was, in the world we live in today, aren’t there better things to do with a billion dollars that would also get you attention?

I ask you, from a consumer perspective, is this kind of tactic going to get you to do business with Quicken? I don’t know why it would. If the product is good, yes, if not, no. Has nothing to do with a contest on guessing perfect brackets.

Or maybe I’m just a buzzkill.

Another way to create a “why now” element is newsjacking which is a popular term these days coined by David Meerman Scott who authored the book on the topic.

Newsjacking is the idea of getting attention by tying into a trend or current event and offering a unique perspective. Every time the Internet blows up with something newsworthy or cringeworthy, only a small handful of brands legitimately have the opportunity to newsjack and it always depends on the situation. It’s never the same.

Yet many brands think they can do it regardless of their obvious lack of organic tie-in. I’m looking at you, Epicurious when you tweeted about enjoying a cranberry wheat scone in honor of Boston Marathon, hoping to drive traffic to your site on the coattails of a national tragedy. Leaves me with a bad taste in the mouth, and suddenly no need for any recipes whatsoever, since I no longer have an appetite.

However, when a former head of PR communications for a major corporation sent an offensive tweet before boarding a long flight and that tweet went viral with no one to respond/defend for several hours, it highlighted the need to be monitoring ones reputation 24/7. The reaction to her tweet attracted national media attention creating a virtual train wreck while the world awaited Justine to land. There was even a hashtag for has she landed yet.

I’ve left links and hashtags off intentionally because I didn’t want to draw more attention to her and her unfortunate situation. I only bring it up because:

That’s when GoGo Inflight joined the conversation with this:

Next time you plan to tweet something stupid before you take off, make sure you are getting on a @Gogo flight!

While some felt it was distasteful of them to do so, and GoGo later apologized, I thought it was spot on. The situation would have turned out far differently had she had inflight internet and was able to put out the fire before it spread.

My favorite newsjack has got to be Taylor Guitars on the heels of the United Breaks Guitars video. A country singer wrote a song and created a video around his bad experience with United, who broke his guitar. The video went viral. I’m sure you’ve seen it.

Taylor Guitars successfully newsjacked with a video of the CEO in their factory, in a genuinely informative video on how to travel with guitars, TSA regulations and where you can find them (on their website), and how they fix all guitars not just ones they make.

I hope for a place where marketing no longer insults the intelligence of its constituents and rather stays focused on telling and encouraging the telling of a story based on solutions and need fulfillment. And a world free of Facebook contests and vote-pimping. A girl can dream. Right?