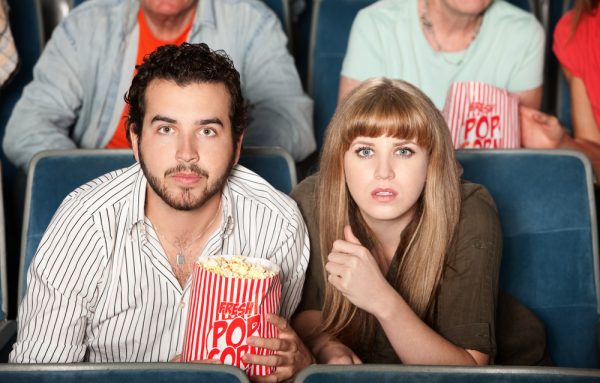 I’d like to tell you a story to prove my point about the importance of story in proving points.

This month I became Level One Avalanche Awareness certified after 24 hours (not consecutive) of study. Two evenings of classroom study and two days in the field digging pits and studying snow, looking at risks that cause avalanches, identifying red flags, discussing scenarios to avoid risk, and then what to do in the event you unsuccessfully avoided that risk. Lastly, we acted out some rescue scenarios on snow.

The class was highly structured but within each block of content, there was a good deal of anecdotal, loose dialogue. And with good reason. We can learn facts about the science of snow and what triggers avalanches, and we need those facts. We need to understand how weather, wind, and temperature affect the snow pack. We need to know about the different type of snow crystals and how they bond.

However, in order for us not to be bored out of our skulls and to be able to retain the information, to truly learn from it; story, anecdotes, and scenarios package up the pile of facts into things our brains can use. Scenarios give us humans the ability to process facts into application and draw conclusions – resolutions (cause and effect). It puts common sense into a “sundry pile of facts” as Randy Olson calls it, in his book Houston, We Have a Narrative.

In the book, Randy says the mass audience is drawn in by emotional content. We know this. But let’s explore it further. It’s one thing to talk about a firm, dense snowpack, with a layer of surface hoar (that diamond-like, faceted snowflake layer you often see shimmering in the snow light) that then gets buried with a deep layer of wet, heavy snow. Those are important facts. Let’s add story to it. A group of skiers approaches the top of a 30 degree slope and the powder field looks inviting. Without checking the snowpack, one of the skiers drops in, takes a few turns while the others watch. A loud whoomphing sound reverberates out and that heavy layer just collapsed onto the dense layer below, breaks free and slides. The skier is buried and the others immediately jump to rescue him.

The story connects the dots on the facts, it draws conclusions for the audience, underscoring the importance of paying attention to how snowpack reacts to human interference in the backcountry. As it turns out, it’s a life and death matter. Story puts emotion into facts and allows the storyteller to influence the audience.

Perhaps this is obvious. It’s the difference between watching House of Cards on Netflix and C-Span. Obviously one is far more interesting than the other and will do a better job of capturing attention. This is not to detract from the important stuff that is happening on C-Span. Many many facts are being developed but most of us turn to CNN, NPR, or Fox to hear their interpretation of the data. That’s where someone puts the “story” together for us.

“Story development is about looking at the facts and realizing that some elements are more interesting to an audience than others.”  – Randy Olson

As Olson mentions regarding the study, the people watching the Washington Square Park video might be looking at the pigeons on the bench, or what certain people are wearing, or perhaps focused on the musicians. When we tell a good story like Alfred Hitchcock does, we keep the audience focused on where we want them to go.

Our brains think in cause and effect. By taking facts and dropping them into a scenario, a sort of “story washing machine,” if you will, it makes it easier for our brains to process. This is why it’s easy enough to remember what’s happening in House of Cards, but we can’t for the life of us remember where we put our keys.

We want attention, yes, but we also seek retention.

In the case of understanding avalanche danger, an infinite number of factors come into play. There are no black and white, yes and no matrices that can help us master the topic. Story helps us create a data bank of information on which to draw from to not only retain the information, but to give us the tools to use common sense.

Put in the context of your own brand or business idea, story is the connective tissue that holds those “sundry facts” and events together into a cause and effect narrative that attracts attention, and helps our audience remember that which we want them to remember.

When done right, story is a powerful tool to achieve so many things, like inspire, entertain, educate, in some way make us better for having consumed it. When we do these things we are making emotional connections which influence people  – influences them to join our own mission, our own narrative. To work for us, donate, to invest in us, to buy from us, to share positive word of mouth. Ideas don’t happen alone. Ideas happen with the help of others. Others who need to be on board with the story.