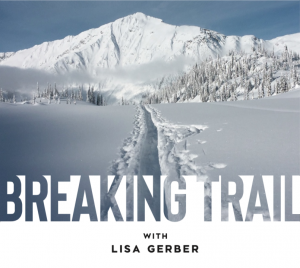 Every other week, Lisa Gerber talks to people who are working to make the world more habitable, more humane, and more loving. In the words of author and environmentalist David Orr, they are the “peacemakers, healers, restorers, storytellers and lovers of every kind” that this world needs so desperately. Through their stories, we cover themes of hope, courage, and action. This is a show for people who want to contribute to the world rather than take from it. We are living life on our own terms, defining our own version of success. We are breaking trail. 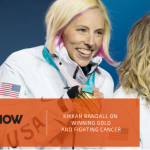 I worked very hard not to fangirl this interview. I hope I succeeded, but I was curious about a lot of things. First, of all, if you have not seen her and Jessie Diggins’ Olympic gold medal finish, I encourage you to check it out before you listen. It is off the hook dramatic and awesome! 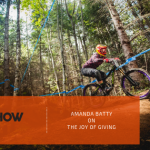 Today we’re going to talk about ego and what fills that ego. For some it’s mountain bike racing, and for Amanda, it was. for awhile, until it wasn’t. And then one day, she decided she wanted to be the “bike Oprah” and she tweeted about that, and became integral to a huge bike giveaway. We discussed how one can use giving to fill a hole, perhaps the hole created by leaving racing. 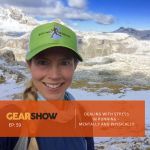 Elinor Fish is the former editor of Trail Runner Magazine. She made the leap in 2010 from her career to start Wild Run Retreats with the mission to help people reduce stress and live a healthier life through mindful running. 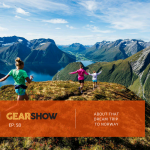 Salomon asked runners from around the world to share their running dream trip. Over 3000 people applied but only one was chosen. Katie Adams, of Sandpoint, Idaho. Katie embarked on the trip with Emelie Forsberg and Ida Nilsson top female trail runners. They explored the Norwegian fjords and mountains by boat before setting off on foot and spending their days running from hut to hut.

Katie joins us in today’s episode.

It can take young adult cancer survivors a decade to get back into life after treatment. David Victorson is the founder of True North Treks. He, along with his family members and the team at TNT want to help young adults reconnect not only with themselves but also with nature after the most unnatural of treatments. 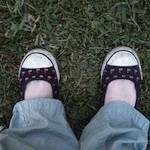 Sarah and Mark Yancey own Boulder Hut Adventures, a remote backcountry ski hut in the stunning Purcell Mountains in Southeast British Columbia, Canada. During the ski season, they and their two kids live there hosting guests for a week of powder ski touring. The kids are homeschooled and Adventure Journal called Mark and Sarah “the most awesome parents in the history of parenting.”

It sounds like a dream come true, doesn’t it?

“At the steepest part of the climb, I had a distinct moment of struggle. I was trying to get a good tool placement, and the ice just kept on breaking everywhere I swung. I was locked off and getting tired. So I climbed about one foot back down into a resting position and reevaluated. I was able to breathe, then move a bit out left and find good placements and move. Sometimes I just have to remind myself to chill and not panic when things seem dismal.”