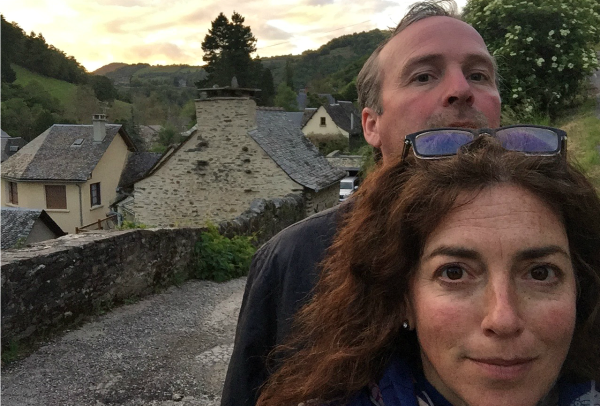 That year I spent in Paris as a college student, I decided to go to Italy for Spring Break. I would have gone by myself, but ended up going with a guy I knew because he was planning on going as well. This made me feel better ten days seemed like a long time to travel by myself.

I found us on Easter Sunday, having just debarked from a bus to Vatican Square, and he’s patting around in his pockets searching for his wallet, which, it turns out, was stolen. Despite all the warnings, he had left it in his back pocket. A classic bad move, especially in a crowded bus in a heavily touristy area. The day quickly deteriorated with him spinning out of control mentally. I had money to tide us over until we could take care of it on Tuesday, when the consulate opened. As luck would have it, it would be closed Monday after Easter. But he couldn’t get past it. and wouldn’t go out. I was in ROME, and we sat in our stupid hotel room and listened to him bitch and complain the entire time.

So I ditched him the next morning. Perhaps you think I am pretty thoughtless but I did my best to help him see that it was going to be OK. I had MY WALLET and we’d deal with it Tuesday. He simply couldn’t accept his own stupid mistake and live with the consequences. I am on a trip of a lifetime in Italy and it is therefore time for me to fly. So off I went, leaving him with a wad of cash I never got back. I had a splendid time exploring Venice, Florence and Capri before I headed back to school in Paris.

That might have been when I realized the importance of choosing the right travel companion. I would rather go alone than be with someone who is going to drag me down, hold me back, or not have the same vision as I do for the trip. Yes, this is a metaphor for work and life as well. Sometimes our fear of being alone transcends our need for happiness, freedom and the resulting total fulfillment. I am confounded regularly when I see others making this unnecessary sacrifice.

I was reminded of this after a long day of travel this weekend: A seven-hour flight following a couple epic days in Iceland in which we slept little thanks to white nights, full moon and a burning desire to see everything and sleep when we’re dead. Together, Patrick and I negotiate transporting too much luggage, because P insists on traveling with many extra creature comforts like a travel case of wine so we can bring home memorable bottles, but I can’t complain because if I did, I would be reminded of this when it’s time to enjoy said bottles once we are rested and home and glad we have them. We also have to negotiate crowded customs, flight changes, bad airport food, a crowded and noisy gate, and a connecting flight which lands us in Spokane at a time we’ve been up for approximately 24 hours. At this point, thinking becomes somewhat questionable. You can’t figure out simple things like finding baggage claim and calling the shuttle to take you to the parking lot. This is one of many keystone moments when the truth and the strength in this travel partnership are put to the test.

We just wrapped up a full month of travel, thirty days of one-on-one time with my husband. Not only did we have fun and not get tired of each other, but we still like hanging out together. We have figured out what we both like, what we don’t like, and who is better at what. We like getting off the beaten path, restaurants where the locals eat, not where the Food Network chefs cook. We like trails instead of museums. Trails that lead to awesome discoveries like old farm villages; a cow that had given birth to calves maybe 15 minutes prior to our arrival; wild strawberry fields in the middle of a hot trail run fresh and juicy and delicious; 13th century chapel built to memorialize star-crossed lovers. We know each others’ weaknesses. Patrick doesn’t have a great sense of direction and if my confidence level is high on a directional choice, we go with that. We know I suck at picking restaurants so our final one night in Paris when I was stressed beyond belief at how perfect it had to be, he did the research to find the perfect place, and since I screwed up lunch one day voting against his pick and that lunch sucked, I put 100 percent faith into his choice and he did not disappoint. (We ended up at Le Bistro des Campagnes, by the way which was one of the best meals we’ve had in our two visits to Paris)

Over the years, and thanks to experience, we have honed our skills and ability to pass those “tests” when they arise. And they always arise, that’s the nature of the journey. First, we minimize conversation to nothing if at all possible. Nerves are frayed and we are all one misspoken word away from a temper tantrum. The lack of chit chat allows us to dig deep, really deep, for our zen and to not to have to force being polite when we really just want to snap.

Understand that each of us has cloudy judgement so even though you see the sign for the motel just up ahead, one false move, and you are inadvertently on the on-ramp to the highway, with the GPS lady spinning the rerouting icon and breaking the news that the next exit is 10 miles before you can take off ramp/on ramp and back. Depending on who is driving and who is navigating, a preemptive but very respectful and non-bossy, “the driveway is just past the lit sign.” always helps. And it helps if the driver, also accepting the situation at hand, doesn’t retort back with I see it, because we all know what’s really going on here. We had a similar experience when we were SO CLOSE to the rest stop and I was elated because my time was running out, but the turnout was missed, and I ended up going on the side of the road, just like a lot of French dudes. Displaying patience in the face of annoyance goes a long way to keep the experience a positive one.

It’s no different from any kind of partnership; knowing when to speak and when to keep it shut, accepting our own shortcomings and relying on the other, sharing a vision and philosophy to the approach such as level of planning vs. leaving things to serendipity. Enjoying each others’ company.

One morning, we lay in bed joking about something so inappropriate I’ll spare you the details, and as we laughed, he stopped and said, “I love you” which of course brought forth a ton of questions like “really, tell me why?” and “what prompted you to say that?” but I knew when to keep it shut and simply accept (and return) the highest compliment.

It all goes to show you, you’re better off ditching the guy with the stolen wallet, spending some time alone, and finding the right partner.