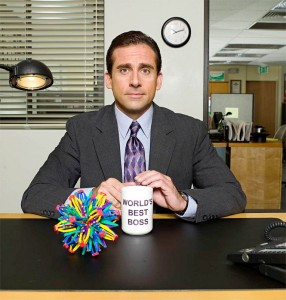 In college I fancied myself a feminist. I was a French major and my thesis advisor, a French woman, was one. She was supremely cool and I wanted to be her.

The topic I chose was about the great women behind the kings in 17th and 18th Century France, and the very influential role they played in their husband’s rise to power.

I covered Madame de Maintenon – wife to Louis XIV, Madame de Pompadour, mistress, friend and advisor to Louis XV, and one other I can’t remember. I really need to go find my thesis now. Oh yeah, I wrote it in French (not relevant to story; gratuitous bragging).

As part of my research, I read Simone de Beauvoir’s The Second Sex and I can’t find my copy anywhere so I think I need to buy it again and re-read it. One of the statements that really struck me was, and I paraphrase: The world would be a very different place today if it were led by women.

Her philosophy is there are traits considered feminine and those considered masculine. Men tend to be territorial. And Imperialism is certainly founded on that. Many wars would have been averted if women were the leaders as they were in some cultures not in Europe, however.

Control is a mirage. The most effective leaders right now–men and women–are those who embrace traits once considered feminine: Empathy. Vulnerability. Humility. Inclusiveness. Generosity. Balance. Patience.

To be clear, this isn’t about men or women, it’s about characteristics deemed more feminine or masculine. I’m less interested in the topic of women in leadership but more so in the question, as de Beauvoir poses: How would life be different if our leaders in business, embodied more of these so-called “feminine traits?”

It’s an important question for all of us whether we lead a business or not.

Although I decided not to grow an agency but rather build my own consultancy, I am still a leader. I lead virtual teams, I lead client projects. I work on volunteer committees and sometimes ya gotta run the household like a business too. We are all leaders at one time or another.

I don’t know about you, but I’ve had some doozies of bosses in the past (both male and female). I’ve worked in seriously dysfunctional teams and from my own anecdotal evidence, I’d have to agree. You can’t advance your own company or career and maintain longevity without some combination of those traits Inc. mentions.

I’ve worked at a company where team members were played against each other. I was nickeled and dimed on every expense report making me feel completely unappreciated. I’ve been berated by a leader and told I wasn’t good. I actually believed it for awhile. It must be true if my boss says so. Until I realized not everyone is honest.

I have friends, family, and colleagues who have found themselves in what I’d qualify as abusive relationships with their leaders. Some don’t realize it until later; others feel trapped. They can’t go over their bosses’ heads, so they don’t know where to turn. They might not be able to leave – maybe they’ve been with a corporation for a long time and have vested interest in staying there  until X. Maybe they are fearful of quitting or can’t find another job. So they carry on and it affects them mentally and spreads to their personal relationships.

When delayed on a flight home, being a jackass to the airline representative isn’t going to get you home any faster. Why would being a thoughtless leader focused on the wrong things be any more successful?

Most of us are part of a generation where we change jobs frequently. In my case, it’s due to restlessness. I want more; more challenge, more change. It could be the same or different for you.

I just wonder. If these more feminine traits were more prevalent in leadership roles, much of the nasty side effects like poor morale, bad customer service and episodes like Taco Bell Shell Lick-fest wouldn’t happen. There would be even more innovation and likely a far better economy.

Now, I work for myself and I get to (for the most part) make choices of who I want to work with. It gives me great joy to work with others who embrace values like balance and respect, humility and empathy. We work hard – all of us do. We have ambitions, and we are assertive. Don’t get me wrong. We’re not going all soft! But we spend far too many of  hours of each day doing this thing called work. It should be spent with the right people, doing things that matter.

As a leader, you get so much more out of the team when you make it feel like team. You don’t throw people out to the field without the tools necessary to do their job. You give them opportunity and flexibility. The right ones will work hard for you when shown appreciation and generosity.

Bottom line: It might mean it’s time to eat more quiche and watch more chick flicks. The sensitive new age leader might be coming back into style.

I’d love to know what you think.